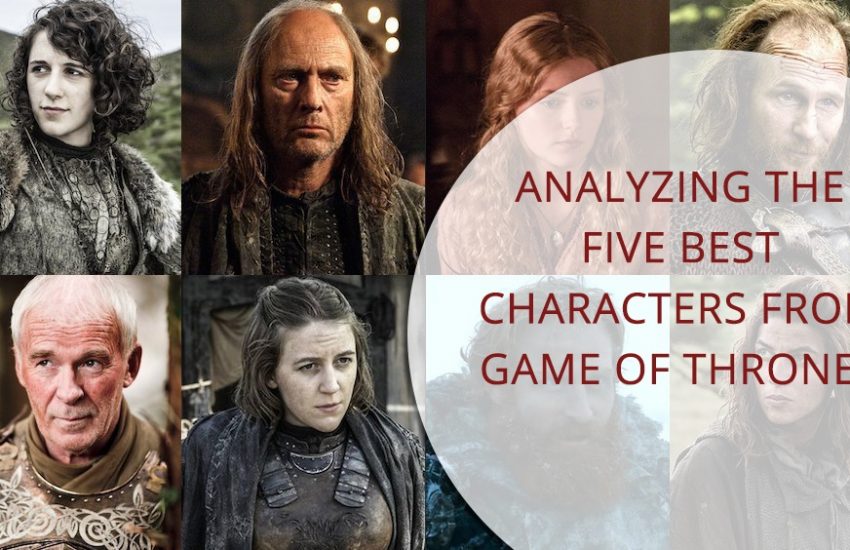 As time passes, many things that used to interest us cease to do so. That’s the thing about us humans; we tend to find new interests. It’s more exciting to study and observe new things, people, gadgets, even toys. Newness attracts us.

There is a show, however, that still has the attention of about 70 million people all around the world. Game of Thrones made its first appearance on HBO back in April 2011. Seven years later, the show is still attracting new fans, as well as keeping the older ones. Given that the last season won’t premiere until 2019 or 2020, we have a lot of waiting to do. Many fan-based theories are coming out every other day. People are spending time discussing various plot possibilities.

When Stranger Things premiered, it looked as though Thrones was no longer going to be the show with the most fanfare. Although the latter show is quite a hit as well, many now claim it as an interesting but a childish horror story. Game of Thrones is quite adult in comparison and makes one munch on their own fingernails. The plot always gets more interesting. Many of the characters – main ones – represent modern-day mental issues. All you need to do is observe deeply, and you will start recognizing this.

Five of the most famous characters have been analyzed below. Comment below, and tell us if you agree, and who else should be included!

Child abuse scars one for life, and Ramsay Bolton was surely victim to it. He was neglected as a child because he was “the bastard.” His father never accepted him as his kin and blood. Moreover, he showed disgust for Ramsay time and again. The little kid grew up fighting for his father’s attention and love and thus ended up being as twisted as he was.

He spent his time training his dogs and practicing control over others. Even his style of intercourse showed force, which represents his inclination to take things for himself by force, as he surely never got anything with love and sweetness.

When children are neglected and abused emotionally, they end up taking it out on those who are weaker than them. It’s basic psychology. Moreover, his pleasure in pain shows that he was fixated on the idea of deriving pleasure through roughness and abuse, as he might have been physically abused as well. His father didn’t have anyone else to take his anger out on, after all. And did you ever notice that he never looked his father in the eyes until he killed him?

Petyr Baelish didn’t turn out to be much of a “bae” to anyone as time passed. It was quite a shock to many of us to find out that someone as significant as “Little Finger” could be the reason for the whole GAME OF THRONES!

He kept twisting and manipulating people per his own will and evil game. He had no moral compass to stop himself from lying about anything, even if it got people killed or scarred the so-called love of his life.

One of the reasons he was so obsessed with playing others and lying might have been his inclination to get attention. He was adopted and grew up in Sansa’s home as far as we know. He didn’t have his parents to give him attention and thus got it by making things up so that people might trust him and fight with others. He manipulated everyone constantly, just to enjoy the game he started and pushed a woman who loved him to death. The woman poisoned her own husband and got her own family killed just so she could be together with him, but it didn’t matter to him, as she was just a pawn in this game of chess for him. Petyr was a high functioning psychopath who just needed to be respected and desired by everyone. He wanted to be a people person by ruining the people.

Growing up with corruption was the type of emotional child abuse which led Cersei to develop a superiority complex. Lannisters are shown to be filled with pride, and the golden hair just shows how they are thought to be worthy of a lot. Roaring to mark their territories, the Lannisters are shown as mean and unethical, that is until Tyrion and Jamie start undergoing some changes that make them more honorable.

Cersei’s superiority complex, however, knows no ends. She is always vengeful against those better than her, because she had to be the best in her father’s eyes. Her father didn’t comment on her incestuous relationship with Jamie, so it kept growing stronger. Her father also hated Tyrion, and as such, she developed a disliking for him too. The same goes for the Starks. In short, all she is and wants to be is her daddy’s girl. It doesn’t matter to her whether she has to do good or bad – she only knows that whatever she desires is the right thing to do, even if it hurts her own subjects. She is mean, narcissistic, and nosy.

Born into emotional and psychological abuse, Daenerys Targaryen is somewhat bipolar. She has a good heart, and she wants to liberate the enslaved, even if it means killing the oppressors. She believes that everything she does is positive and has a good effect on society. She wishes to help every abandoned and ignored citizen and to reclaim the iron throne so that she might get the respect she always sought from her brother.

She went through ignorance, humiliation, exploitation, and abandonment – which might be the reason that she truly does want to be a democratic ruler. After the mad king’s demise, she had to face quite a lot of bad things. She was even sold to Dothrakis so that they might help his brother get back the iron throne. Her own brother used to assault her physically, and thus she was pushed into not just bipolarity, but also self – harm.

She isn’t scared of taking risks, which is why she knows that she is unburnable. She went into the fire without a flinch, because even if she would have died, it would not have mattered to anyone. She had lost the only man (Khal Drogo) who actually loved and supported her for the first time. After that, she developed a sort of PTSD and was thus unable to form any feelings for the men throwing themselves at her – that is until Jon Snow. Jon Snow challenged her from time-to-time but also gave her a lot of respect.

Jon Snow, the famous Bastard of Starks, went on a rollercoaster ride when it came down to his self-image. He did not deem himself as worthy enough for anything. He faced hatred from the only maternal figure he had ever since he gained consciousness. Ned wasn’t a very nice father either, though he promised Jon’s dying mother and sister to take care of little Jon.

Jon is highly sensitive and tends to be alone by choice, because then at least he won’t have to feel accepted by the society. Even the enemy’s son, Theon Greyjoy, was more accepted and loved by the Starks in comparison to Jon, who was considered a bastard.

Thus, Jon Snow has the borderline personality disorder, as he never shows signs of happiness, and is usually gloomy and uncertain. The only time he’s decisive and strong is while taking command and receiving acknowledgments of trust from his fellows.