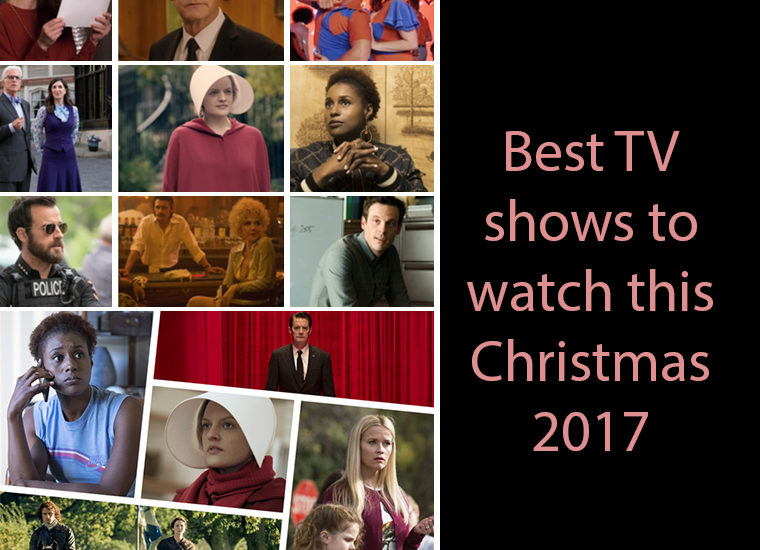 Christmas is here and while the festive brings a lot of joy throughout this season, there is more than likely a chance of a family get together, dinners, and outings. This the time of the year where guests are most likely to be expected and no matter how much you do to entertain them to your best capacity, there is always a feeling that something was missed out. Well, we are here to fill that gap and tell you all about the TV shows you can watch with your friends, family, and relatives this Christmas so that all of you have a good time together and further merriment is added to make it more enjoyable. So without any further a due let’s take a look at the finest shows to watch this Christmas season:

The heart-touching and inspiring stories of four sisters during the civil war, depicted in a novel by the acclaimed Louisa May Alcott, which quickly became a classic and one of the children’s most beloved stories, will see a dramatization in a new BBC show starring Angela Lansbury, Emily Watson, and Michael Gambon.

With a magical media center as their backdrop, the trio of the renowned Bake Off TV show on the BBC1 return for a very special, one of the shows which will air this Christmas. The trio including Mary, Mel, and Sue will head towards South Wales where they will discuss issues like economic troubles and societal issues concerning the region.

The epic British television program of 1963 will have its Christmas special aired on TV.  The much loved Peter Capaldi is expected to perform his last appearance on the show as it has already been reported that Jodie Whittaker has been cast as the next doctor of the show. The series 11 will air next year, where fans could see Jodie in action.

Based on the children book by Julia Donaldson, a Christmas special animated feature will grace us on the television, with David Tennant’s voice acting skills. The plot revolves around a merciless bandit in a form of a rat who is desperate to eat sweet treats and vandalizing everyone on the highway who has puddings, pastries, and chocolate cakes.

The TV adaptation of the David Williams’ novel of the same name which was an epic favorite for children across the globe, is now going on BBC1 for this Christmas season. The story revolves around the close relationship between a boy and his grandfather who suffers from Alzheimer’s disease and has served as a pilot during the World War II period.

The drama series in its 7 seasons currently and with over 50 episodes, is based on the memoirs of Jennifer Worth. The popular show will be having its Christmas special airing this year in 2017. The main plot would revolve around the famous story of the 1962 to 1963 period of the ‘Big Freeze’. Stick along to watch one of the best Christmas specials on your favorite TV channel.

There is no wonder that Netflix offers you a wide variety of shows to enjoy with superb picture quality and simply brilliant audio and sound. The convenient, easy to use, and almost making you feel luxurious to do anything interface keep you watching your favorite shows for hours at end. Binge watching and Netflix go hand in hand and if you have minimal plans for Christmas this week then perhaps the following shows will brighten your festive and keep you entertained for hours in a single go. Let’s take a look at some of the shows and movies we handpicked for you this Christmas season of 2017:

Directed by Brett Sullivan, Grant Harvey, and Steven Hoban comes the 2015 horror film where not even Santa is safe from when evil approaches Bailey Down. This small town quickly becomes plagued with the melancholy of mischievous spirits and zombies along with the anti-Santa Claus entity as their leader, also known as Krampus.

An animated fantasy drama of 2011, with voice acting cast including James McAvoy, Bill Nighy, and Hugh Laurie. The plot revolves around Santa’s top secret base facing an issue and it up to Arthur, his eldest son, to save the day before Christmas morning dawns and a forgotten tyke is unable to receive a present on Christmas.

A 2015 musical comedy for the American audiences and especially for the Christmas season, directed by Sofia Coppola along with co-writers: Bill Murray, Mitch Glazer, and Sofia Coppola. The plot revolves around Murray’s character where he is visited by guests after the electricity in hotel resort he is staying in goes out.

We hope you enjoy our list and have a fun time watching all of our favorite TV shows this Christmas season. For excellent picture quality and superb audio and sound for your cable TV service, visit Digital TV Bundles and receive outstanding customer support. Till then A VERY MERRY CHRISTMAS TO ALL OF YOU!!! HO-HO-HO!