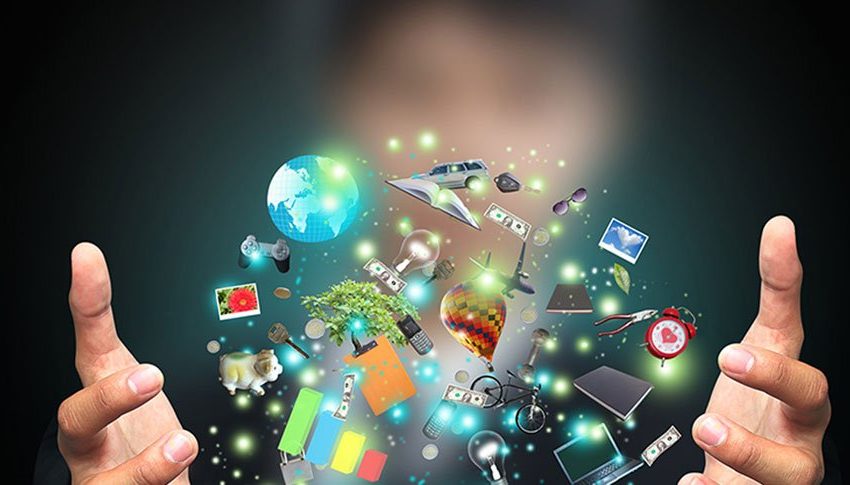 Technology and development have always been a source of inspiration to strengthen our wills to go beyond our limitations and challenging our thinking and imagination. It has been like a guiding hand that serves a greater purpose in our lives, bound to make humanity as a whole to progress and break away from its invisible shackles of fears and doubts. From nerds to geeks to engineers and innovators, technological progress means creating value in life and every major breakthrough over the years has earned strugglers and achievers their due share of praise and fame.

This year is about to end and 2018 is just around the corner, so what better time than now to have a peek at what technological progress and development are waiting for us next year. Let’s take a look at some of the most prominent and widely impactful technologies for 2018:

Serving as the public ledger for bitcoin and its transactions, blockchain, originally known as block chain has been there in 2009. However, over the years a lot of debate has gone into how it can be further implemented and used for other purposes as well. By the first half of 2017, blockchain technology was able to raise $240 million for financial focused services and so far its true potential has yet to be realized to its fullest of capacity. In its essence, blockchain is simply a growing list of records in the form of blocks which are secured and linked to numerous users through cryptography (protected communication in presence of third parties). So far now the predictions for the technology and its usage in 2018 are:

With its advent in 1956, and it up and downs over the years, we find Artificial Intelligence commonly used today in quantum computing, Amazon’s Alexa, Apple’s Siri, Netflix, Pandora, and Tesla cars to name a few. However, in 2018, AI is supposed to progress even further and would delve into matters including:

With Elon Musk conceptualizing the concept of Hyperloop transportation system, a private American company in Los Angeles by the name of Hyperloop One has taken the task of making a new commercialized way of traveling. The aim of Hyperloop One is to offer passengers and cargo to travel at airline speeds in an electromagnetically levitated train in a tube, at a small cost compared to airline travel. The project has received worldwide recognition and many countries across the globe are actively looking forward to new developments such as Mexico, United Kingdom, United States, Canada, India, and the Middle East. So far the as of 2016, the company has raised around $245 million. Components including the means of Hyperloop transportation comprise of control systems, levitation, propulsions, sleds, structural integrity, tubes, and vacuum. So far the company has stated that its current goal is to deliver three fully operational Hyperloop systems by 2021.

For all the billionaires out there 2018 holds much value since supersonic private jet technology is going to achieve much-needed progress in the coming years. While commercial airplanes usually commute at a speed of 567 miles per hour, which is roughly Mach 0.85, newer planes like the Spike S-512 are eventually going to change things for good. The American aerospace manufacturer Spike is based in Boston, Massachusetts. While things are certainly still under development, the proposed speed at which the airline will travel is well over Mach 1.8 which is 1,189 miles per hour! This would effectively cut traveling time by three to four hours for nationwide traveling, while longer distances would have much more impact as a flight from Tokyo to LA would generally take only 8 hours instead of the usual long and tiring 16 hours. The cost of the private hypersonic or supersonic plane is estimated to be somewhere around $80 million and is definitely a must-have for the elites in the media and business world like celebrities and business tycoons. Other companies such as Aerion are also taking an interest regarding this development and by 2030 we will have commercial airlines also taking things up a notch by then.

With all being said, only time can tell what awaits us next year as the world around is changing ever so rapidly. In order to stay connected with the world around you seek out Digital TV Bundles for the best high-speed internet services along with cable TV and landline phone services. Next year new changes and developments await us all and we all shall be there to see what joy and thrill they bring into our lives. Till then keep it tight and stay connected to events and happenings around you with the best internet and entertainment news services and never miss out on any developments and technological progress which can make your day into a much happier one.