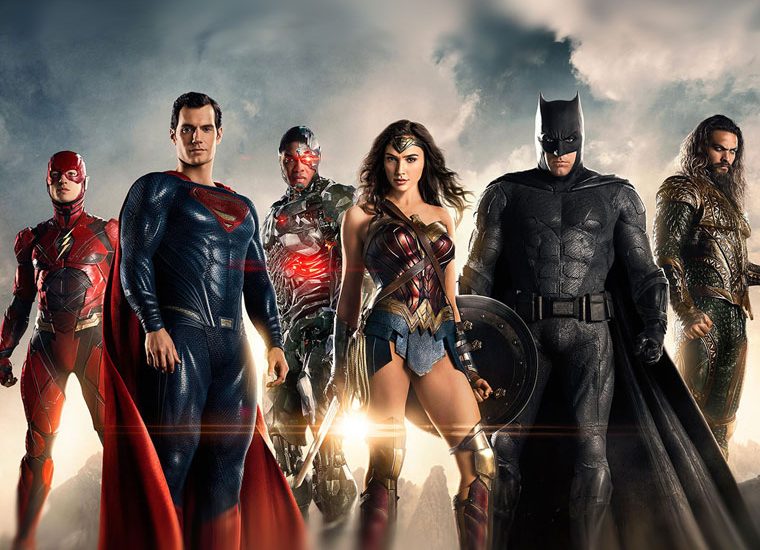 The 5th in line with the DC Extended Universe, Justice League premiered for audiences across the nation on 17th November 2017. With a $300 million budget, the movie has grossed a total of $569.2 million at the Box office as of December 3, 2017. The movie connects directly from the storyline left at the end of Batman vs. Superman: Dawn of Justice in 2016. While many viewers had an impression that under director Zack Snyder the cinematic universe has taken a darkened tone for its feature films, the Justice League is considerably and slightly lighter as it shares some humor and comic relief in the form Barry Allen’s gimmicks and remarks. The film follows the same old heroes plot where a great calamity must be undone by the teamwork and group effort of selected individuals who must work together in order to save the world.

(If you haven’t had the opportunity to watch the film yet, this is your first and final warning regarding major spoilers ahead).

The movie takes one baddy at the centerfold and his presumably endless and undoubtedly relentless army of Parademons, trying to take over the world by force while our six heroes prevent the calamity from happening at all cost. Yup Superman came back, or should we say was brought back to life to fight for justice, and this was obviously expected by a lot of fans, because without the Big Blue at their side, apparently, the villain of the movie and his unyielding army was too much for the good guys to handle. The main cast for the movie includes:

While the theater actor didn’t have any big breaks in the world of cinema, the task of playing Victor Stone aka Cyborg came naturally to the American stage actor. While what audience mostly saw on screen as nuts and bolts mostly, Ray actually got beefed up to play the role and gained thirty-three pounds in the process. This thirty-year-old actor has got the stars shining for him at the moment as there already has been a public announcement of him reprising his role in the upcoming solo film, entitled Cyborg, which will be released somewhere in 2020. This alone shows how well received Fisher’s character was for the DC fans in the audiences.

With the sad Ben Affleck meme still present in the minds of viewers across the globe, even though the actor stating that the movie was one of the biggest films in his career, Batman returns to the movie looking as buff as ever. Despite the best efforts of CINEMABLEND to label him as the best batman ever, the actor himself agreed to the negative responses he received from viewers and critics alike. Nonetheless, the new Justice League movie changes the style of its predecessors and is arguably the lightest movie yet in the franchise, showing that what can most say about it as a natural progression and scripting maneuverability. This time around Batman is generally portrayed as a much less dark character who is willing to share humor on screen with teammates as well.

Welcoming the Game of Thrones character on to the superhero film franchise, Jason Moma is no stranger to wielding weapons and being a pure badass to the point where he spills the guts of his foes without remorse. The actor played the lead character in Conan the Barbarian and with his fan following growing ever so much, Aquaman was no hurdle for this 38-year-old actor. Majority of the viewers saw Jason be simply brilliant regarding his on-screen presence and persona, gaining much respect for the character he played. He won the hearts of Aquaman fanboys and fangirls to the point where he will be reprising his role in a solo film entitled Aquaman which is set to be released next year.

The 26-year-old American actor and singer, who played as Credence Barebone in the 2016’s Fantastic Beasts and Where to Find Them, got lucky as he got a call from Zack Snyder to play for the role. Ezra’s Flash was well received by the audience and critic alike. The talented young artist is all set for reaching stardom and will be reprising his role in the solo film entitled Flashpoint which is due to be released presumably after 2020.

Though this may come as a surprise to many moviegoers who are not fans of the DC comics, yes we all knew Henry Cavil’s character to make a comeback in the Justice League film. After being brought back to life by the cosmic cube’s power and being incubated with the healing abilities of the mysterious liquid of the Kryptonian spaceship, Superman returns but only to be furious at first and fights of the League, before Lois Lane appears and calms his senses down. As of now, we are not sure whether there will be a sequel for the Man of Steel, however with Justice League fairing seemingly well at the box office we expect to see more red-cape action from Henry Cavill in the near future.

The Israeli actress and model have become an instant hit for the majority of the audiences worldwide along with her own mega-hit movie of the year Wonder Woman. Gal Gadot was seen with considerably favorable eyes by on-lookers whenever the script seemed to fault or bore the audiences. She undoubtedly displays a solid connection with viewers and her performance was well received. But that alone is not enough since her popularity grows amongst the masses, people would cherish yet another Wonder Woman, a sequel which is all set to be released in 2019.

While the DC Extended Universe has grossed a total of more than $3 billion across the globe with its $1 billion budget and five feature films so far, though it still has a lot to do in order to catch up with the Avengers and the Marvel franchise. You can watch all the latest DC movies including Batman v Superman and Wonder Woman by subscribing to the Digital TV Bundles. High-definition channels with outstanding sound quality along with superb customer support for the best in-home cinematic experience.