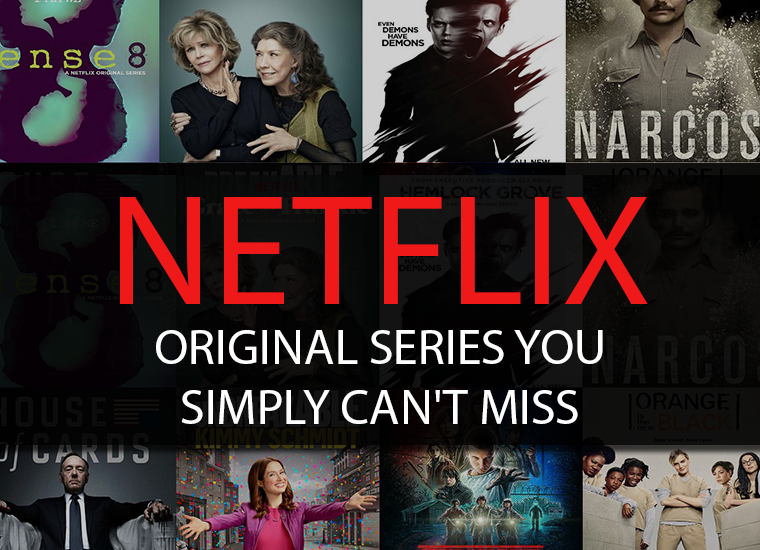 With its worldwide success labeling it as a globally recognizable media streaming giant, Netflix has caught the world by storm. With over 109.25 million users worldwide and a membership registration that simply costs around $7.99 per month, Netflix scored a revenue of about $8.83 billion in 2016 alone. Starting as an entertainment only company on the August 29th of 1997, the company has exceeded expectations and continues to do so under the leadership of Reed Hastings. The company that mainly used to deal with DVDs through the mail, quickly got onto the worldwide high-speed internet age and compression technology to set itself as an emerging and yet ever growing entertainer.

Over the course of its decade of superb services, Netflix gained major popularity which led to a total of 432 nominations and 72 award wins, which include an Academy Award, and others such as BAFTA Awards, Television Critics Association Awards, Primetime Emmy Award, and Critic’s Choice Television Awards amongst the rest. But the reason we are here for is the Netflix Originals which one cannot simply miss because they are the ones which make this entire fan-fest and service so remarkable. So without any further a due let’s take a look at the ones you should definitely make a point to binge watch soon:

Premiering on 1st February 2013, this American political drama web television series was one of the very first Netflix originals. Starring Kevin Spacey, as a power-hungry congressman and the House majority whip, is out for vengeance while the show offers viewers the in-depth look regarding the corruption and greed accustomed to American politics. With over 210 nominations out of which it won 27 in its first four seasons, including 7 Primetime Emmys and 2 Golden Globes, Peabody Award for Area of Excellence and American Film Institute Award for the Top 10 Television Programs.

Written and directed by the Duffer Brothers, Stranger Things is set in fictional town of Indiana way back in the 1980’s era. A group of young children investigating the mysterious disappearance of one of their friend, unravel extraordinary series of events involving supernatural forces, government experiments, and a strange little girl with psychokinetic abilities. With more than 86 nominations, Stranger Things won 20 awards including 5 Primetime Emmy Awards, Screen Actors Guild Awards, and Millie Bobby Brown alone winning four awards for her performance on the show as Eleven.

Delve into the real-life story of a drug lord and kingpin Pablo Escobar, a billionaire who ruled over the cocaine distribution and trade channels from Colombia. With 18 nominations and has won 3 awards, including 2 Golden Trailer Awards and 1 Guild of Music Supervisors Award, this crime drama produced by Chris Brancato is bound to make you sit through the entire two seasons in a row. With powerful acting from the lead casts and a fast-paced storytelling format, Narcos is as intelligent and unnervingly addictive as a television show can get.

The plot revolves around Matt Murdock portrayed by Charlie Cox, who uses his heightened senses to fight crime at night even though he was blinded at a young age. The setting place for all the action is in New York City, and chosen neighborhood for all the battles is Hell’s Kitchen. Along the storyline, Matt tries to balance his life between his two personas: a lawyer at daytime and a masked vigilante at night. The show is well received and was nominated 24 times out of which it won 4 awards including a Saturn Award and Helen Keller Achievement Award.

Starring Ellie Kemper in the titular role, this American sitcom co-created by Tina Fey and Robert Carlock, first hit the road on the spring of 2015 and ever since then has caught the attention of many viewers. With more 15 wins out 80 award nominations, the show was well received by audiences and critics alike. Accolades won by the show include a Critics’ Choice Television Award, Writers Guild of America Award, and a Black Reel Award along with 6 Gold Derby Awards. The plot revolves around Kimmy Schmidt who is gradually making her comeback to the life in the city after being a part of a cult for over 15 years.

Netflix is getting better and better with time and only time can tell what will be their next move, so far you can also enjoy streaming your favorite shows in 4K Ultra HD. If you are interested in watching all of your favorite shows with the best sound and video quality then visit Digital TV Bundles for the best offers in entertainment at reasonable charges and superb customer service.