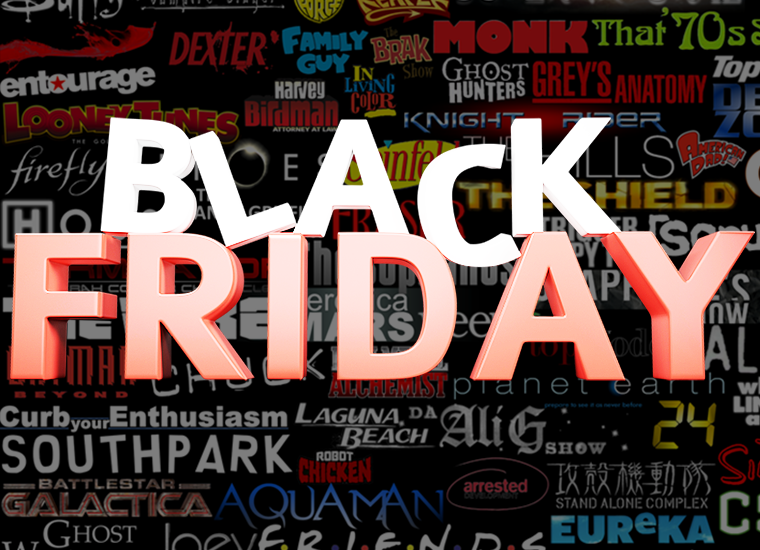 Black Friday is here, and while the masses are simply busy getting the best prices for their desired gadgets, toys, clothes and whole lot of other things this Thursday, 24th of November, however, we would like you to have a look at the amazing offers Target is offering for all the TV shows and Movies they put up on sale. This shouldn’t come as a surprise since Target Corporation is the largest store retailer in the nation, second only to Walmart and is a part of S&P 500 Index.

The deal starts this Thursday at 6 PM in most states, and if you want to become the prize owner of the best forms of entertainment with brilliant picture and audio quality then you are in luck. Here are some of the most amazing deals you can get your hand on this Black Friday:

The spectacular Netflix original is now available on Blu-Ray + DVD for avid fans who simply can’t get enough of this American science-fiction horror web TV series. English audio and English subtitles, and if you order now you will receive a collectible poster inside the package along with your with your order absolutely free. This is strictly only for sale in the US only, and that is why both the DVD and Blu-Ray are region locked. They also offer you a 30-day purchase period, where if your order product doesn’t work accordingly then you can simply have them replace it for you.

One of the very best fantasy/science fiction of this year is now available fans to enjoy on Blu-Ray. Gal Gadot was born to play the role of the princess of the Amazons, and the movie proves that women can be empathetic, fierce and loyal at the same time. For all those who have read the DC Comics and are following the DC Extended Universe, this is a must buy, with over $800 million at the box office, it is one of the highest grossing films to be released in 2017.

Including the all-new comic book and bonus content, this package is a must-have for all Spiderman fans. Grossing over $880 million at the box office, this sixteenth film in the Marvel Cinematic Universe takes young Tom Holland as the main character Peter Parker in an action-packed adventure with tons of humor and special effects on the way. Many regard it as the best Spiderman movie ever made and it really connects with the storyline and the true spirit of the franchise.

With this deal, you will receive a 36-page black and white photo collection taken directly from the film set. The film revolves around Hugh Jackman’s character: Logan aka Wolverine, who is currently nursing the ailing Charles Xavier, Professor X who suffering from a brain disease. The weary Logan hideout with his X-men mentor and friend at the Mexican border when an unforeseen event unfolds putting their lives in danger once again. Logan grossed over $616 million at the box office making it one of the best ever X-men movie to date.

Fantastic Beasts and Where to Find Them: Exclusive Blu-ray + DVD + Digital

Get this amazing offer and you will receive five collectible character cards along with Newt’s pop-up case packaging. The theme of the movie revolves around the Harry Potter universe but in an old timeline set in 1926 era. This is another of JK Rowling’s masterpiece which all Harry Potter fans would simply adore getting hold off. Released last year on the 10th of November 2016, the film has grossed over $814 million at the box office, making it another smashing hit from the franchise.

We hope you like our list so far, however, if you feel that entertainment is best served at the luxury of your home, then you can enjoy all the aforementioned movies and series by simply asking for DigitalTVBunldes.com services. They offer you the best in cable television entertainment with the high quality of sound and HD viewing experience for the ultimate satisfaction.