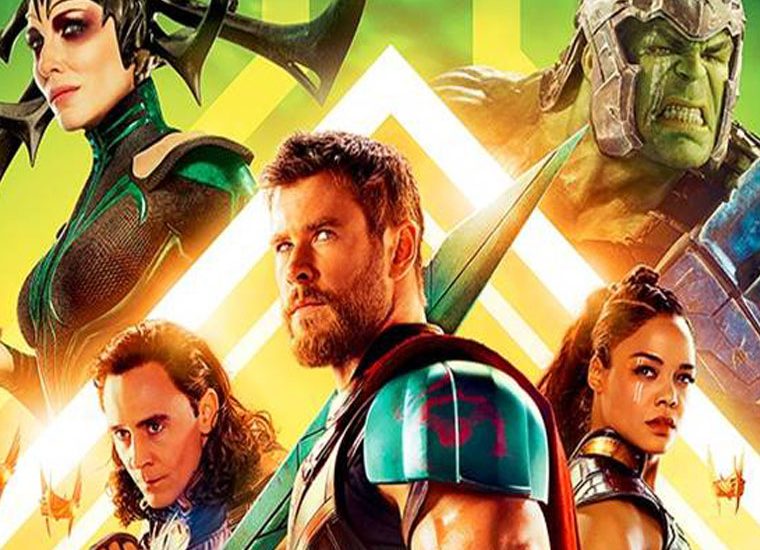 The Marvel Cinematic Universe has become a high grossing franchise for billions of fans across the world, and their latest flick Thor Ragnarok is nothing less than an epic for the masses to enjoy. The most colorful movie from the entire Marvel series so far, Thor Ragnarok is the third installment of the Thor Movie Series and the 17th film from the MCU. For those who haven’t watched the movie yet, this is your first and final warning as there are major spoilers waiting for you ahead!

Released on the 3rd of November 2017 for audiences across the globe, the film is directed by Taika Waititi who more than often likes to make even the most drastic and tragic of movie scenes into a comedic one, through his clever and ingenious sting of humor and passion. This seems to have been well received by the audiences and the movie has caught up well with its global fan following so far. With a $180 million budget, the film has already crossed a worldwide gross total of $655.8 million as of November 13, 2017, making it the 10th highest grossing film this year.

The mighty god of thunder returns in full form and top physique wowing the audiences. The ‘goldilocks’ avenger finds himself in a bind when his father’s first born child and goddess of death invades Asgard and destroys his beloved hammer Mjølnir. Crash landing on to the planet of Sakaar, he must now face the Contest of Champions at the hands of the Grandmaster. Though with help from a long lost Valkyrie and Bruce Banner (Hulk), the trio manages to escape and face their mortal enemy once again.

The war criminal and god of mischief finds himself sitting on top of Odin’s throne while he is nowhere to be found. After the escape of his adoptive father’s firstborn child, Loki finds himself making a relationship with the Grandmaster after being thrown into space and crash landing on his battle arena planet. While being left behind by Thor for his traitorous feats so far, Loki manages the courage to join in the final battle once more along with the help of some of the gladiators who assist him along the way.

After the battle of Sokovia, the Hulk crash landed on to the planet Sakaar. After being taken in by the Grandmaster, he quickly becomes the people’s favorite and champion over a course of two years before meeting Thor. The two encountered each other in a ferocious battle but quickly regained their friendship to leave the planet and face the ultimate foe back in Asgard. On Asgard, Hulk battles the vicious and gigantic sized wolf Fenris and went as far as challenging Surtur as well.

Hela is the first born child of Odin and has served as the Goddess of Death and is the former Executioner of Asgard. She was imprisoned in Hel a long time back for proving to be too powerful and ambitious for her father and the only way for her to be released from her imprisonment was for her father to die. She invades Asgard and defeats Thor and Loki while sending them off into space. While preparing to launch her own kingdom she is finally defeated with the help of Surtur who completes Ragnarok.

After the defeat of her sisters at the hands of Hela long ago, Brunnhilde who was an Asgardian Valkyrie now resides on the planet Sakaar as one of the bounty hunters working for the Grandmaster. After being encouraged by both Thor’s persuasion and Loki’s mind tricks, she conjures up the valor to once again be the fearless warrior she once was. She joins Thor and Bruce Banner to face off against her long-lost nemesis for a final showdown on Asgard.

The supreme ruler of the battle arena planet Sakaar, he is in fact millions of years old and has since the beginning always been fascinated by living beings and their will to survive. He therefore thoroughly enjoys watching them fight against each other to the brink of death and this manipulation of life is what pleases him the most. He is loved by the people of the planet for holding the Contest of Champions, which is an arena that serves his liking for gladiatorial events.

The movie has been well received by the audiences and the critics alike. Rotten Tomatoes gave the flick a 93% rating quoting that the movie was funny, exciting and sets new standards for the franchise to follow. Not only is it the most entertaining of all three Thor movies so far but it also quite colorful in its depiction of the fantasy world it is shot in.

If you are a fan of Thor movies and would like to see the prequels in HD quality, then we advise you to seek cable TV services offered at Digital TV Bundles.com for the best viewing experience.