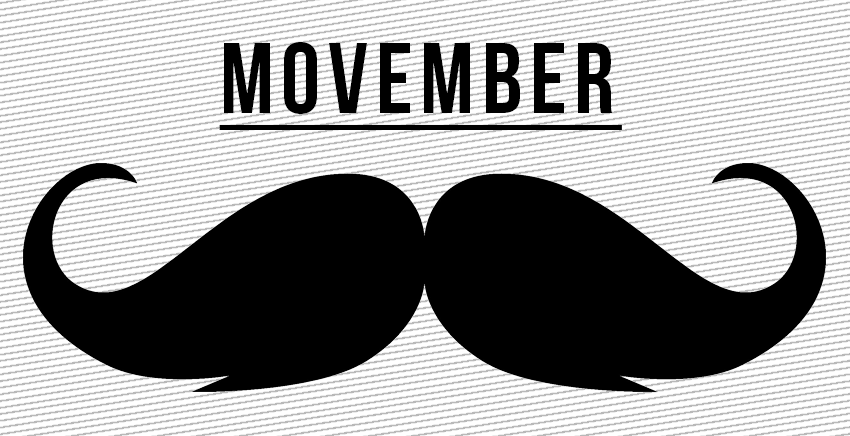 Since 2004, an initiative has come into existence which focuses on creating awareness regarding men’s health issues which predominantly relates to prostate cancer, suicide, and testicular cancer. This movement is run by Movember Foundation and the charity event is hosted at Movember.com with the focused goal of improving men’s health globally. The idea behind the taglines is to encourage the ‘Mo Bros’ to become a part of the movement and get involved in activities which instigate men to seek earlier detections of cancer through diagnosis, and effective treatments so as to ultimately lessen the number of deaths and prevent them all together. In 2012, Movember was ranked as one of the world’s top 100 NGOs by Global Journal.

In order to be a full-time supporter of the No Shave November Movement, it is not just about not shaving your facial hair, but in order to participate completely, you need to donate money to the charity that supports creating awareness amongst men regarding cancer. The minimum acceptable donation is exactly the amount of money you would have spent on grooming your facial hair for the month. This takes into account cost of razors or shaving blades, shaving cream and aftershave. All donations must be expressly sent to cancer research organization such as Fight Colorectal Cancer, Prevent Cancer Foundation or St. Jude Children’s Research Hospital to name a few.

In 2010, the charity launched an online global user-submitted video contest which was named The Moscars. The idea behind the contest was to encourage Movember participants to showcase their talents and involvement for the cause. Each submission cannot be longer than 4 minutes each, however, there are several awards to be won due to various categories. In 2012, Stan Lee, creator of Marvel Comics, awarded Derick Watts & The Sunday Blues a Moscar for their ‘Movember Song’ which was a parody of ‘Call Me Maybe’ by Carly Rae Jepsen.

Interestingly there is a thing known as the International Man of Movember which is selected from 21 national winners from all over the world. This person then wears a crown and be awarded as the face of the Movember for that whole year. National winners are selected by the judges or voted by fans at their country’s main Gala Parte’. The first ever champion was London’s Mark Knight in 2010 followed by champions from South Africa, New Zealand, and Sweden in the later years.

Celebrities Who Have Participated So Far

Apparently, the ‘No Shave November’ has attracted a lot of prominent public figures over the years belonging to every walk and fame. Here are few noticeable ones who have openly participated to contribute towards the movement:

If you are interested in seeing all of your favorite stars on live television supporting their No Shave November mustaches and beards, then ask for DigitalTVBundles.com to offer you superb viewing experience in HD along with unparalleled customer support services.