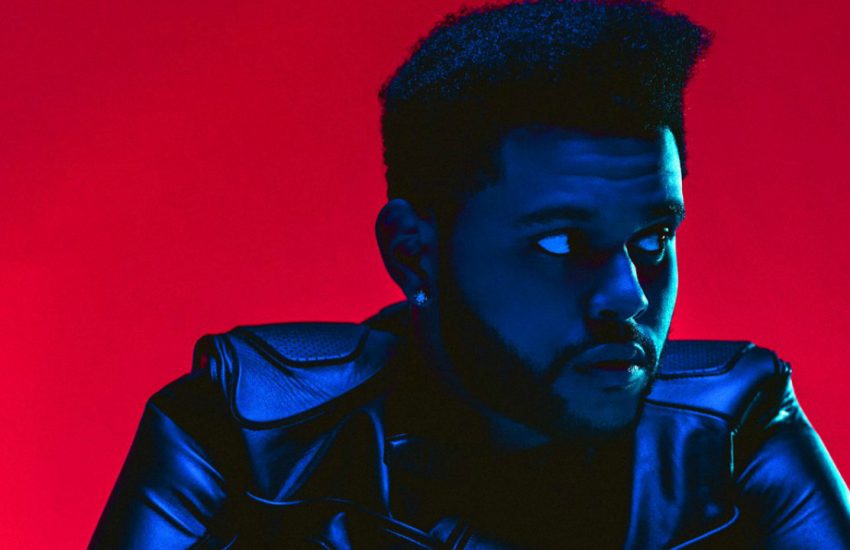 With over 199 Billboard Music Award nominations, Abel Tesfaye aka The Weeknd received 77 of them. The singer/songwriter has recently received tons of fame in the music industry and social media. The 27 year old Canadian first rose to critical acclaim back in 2011 with the release of his mixtape albums on YouTube, most notably House of Balloons, Thursday, and Echoes of Silence. Talented and charismatic, Abel has been the talk of the town ever since his latest hit album ‘Starboy’ hit the Billboard’s Hot 100 with its opening song, also named ‘Starboy’, topping the Billboard Hot 100 charts faster than any other artist in recent memory.

But before people knew Abel as The Weeknd, and much like many other young music stars that have exploded onto the music scene over the years, The Weeknd has a tale of grueling struggle by a young man on the streets trying to make a name for himself. Let’s go behind the stardom and learn all about the real Abel and what he’s truly made of.

Being the only child of Ethiopian immigrant parents in Canada didn’t make life any simpler for young Abel. He was often labeled and bullied by others as one of the few privileged “kids without AIDS” during his teenage years. Unfortunately for the young man, his father left the family when Abel was just a toddler. This left the burden of raising the family on the shoulders of his mother who would work several jobs, ranging from nurse to catering, day and night to support the family. His mother would often attend night school to improve her English language skills.

Due to this, Abel spent most of his early years with his maternal grandmother which provided him with an opportunity learn his first language Amharic, the official language of Ethiopia. Though Abel visited the Ethiopian Orthodox Church, his domestic life troubles were too much to handle and kept him a little out of bounds at times. Though he never criminalized his father’s behavior, the singer has stated that his father was a good man who just simply wasn’t around.

During his troubled childhood, Abel often dropped out of school and reportedly used drugs for recreational purposes. He first smoked marijuana when he was only 11 years old which led to further substance abuse of much harder drugs such as cocaine, ecstasy, ketamine, oxycodone, and Xanax. The drug abuse eventually led to his dropping out of two separate high schools, namely Birchmount Park Collegiate Institute and West Hill Collegiate Institute. Living Independently & Meeting Up With Drake

Abel finally decided to leave home in 2007 and move in with friends at 65 Spencer Avenue. It was during this time that his musical talents really took off and he hasn’t looked back since.  Abel has often been credited as the songbird among his peers. His taste in music usually revolved around genres like funk, hip-hop, indie rock, post-punk, quite storm, and soul music.

In order to make a living, he would work nights, performing at small clubs and venues, on the street, and online until people finally started to notice his talents. The initial names he adopted for his on-stage performances were “The Noise” and “Kin Kane”. During a performance in 2010, Abel met producer Jeremy Rose who saw talent in the 20-year-old and had an idea for a darker R&B musical project. Though the initial recordings were ultimately scrapped, Abel was allowed to receive credit and keep some of the work he did with Rose. By the end of 2010, he released three songs on YouTube, gaining some attention and eventually leading to a mention by Drake in his blog.

With fame and acclaim coming quickly, Abel released his two initial mixtape albums on YouTube – House of Balloons and Thursday. Both albums received critical acclaim for originality, with House of Balloons later shortlisted as a nominee for the 2011 Polaris Music Prize. It was during this time that he announced a Toronto tour, during which Drake was found to be in the audience. From there on things changed real fast for Abel, with Drake offering the talented singer/songwriter a collaboration proposal, resulting in the multi-platinum Grammy Award-winning album of Drake’s entitled ‘Take Care’. Though Abel’s name wasn’t well known to fans yet, he contributed to five songs on the album as both a singer and songwriter. The well-known Bella Hadid is an American model that won the model of the year award in 2016. Along with her several awards, Bella has appeared in both TV and movies. The Weeknd and Hadid starting seeing each other in 2015 with their first public appearance together at Coachella music festival in April. Hadid also starred in The Weeknd’s music video ‘In The Night”. Their first ever red carpet appearance together was at the Grammy Awards in February 2016. However, this relationship didn’t last long as both have grueling schedules, ultimately leading to the end of their relationship. The Weeknd is one of those few artists that have quickly risen to fame. He’s also one of those musicians who own their own private label which he demarked with a symbol of ‘XO’.  Some have claimed that the brand logo translated is a hug and kiss symbol, however, many believe that it represents an emoji for The Weeknd’s drug abuse linked to ecstasy and oxycodone. The Weeknd is a huge fan of the hit TV show Game of Thrones and loves playing video games like Mario Kart 8 Deluxe and Call of Duty Black Ops III. Supposedly he’s not a big fan of President Donald Trump, it was reported that he and another celebrity rejected the offer to be on Jimmy Kimmel’s Live Show after learning that the President of the United States was going to be on the show. At present, The Weeknd is reported to be with Selena Gomez. Selena is an American singer and actress who has been a Disney Channel fan favorite and heartthrob for the younger generation for quite some time. Both The Weeknd and Selena have reportedly moved in together in Greenwich Village, New York as of September 2017.