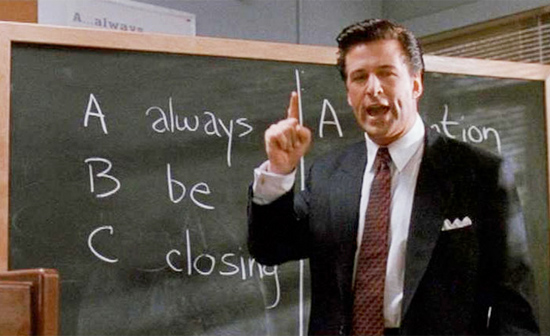 An entrepreneur has many traits, giving up is not or should not be one of them. Entrepreneurs face a million hurdles each and every day, but they find ways to overcome them. Another characteristic they have is they innovate to come out of a situation, sometimes even making it better. And when times are tough, they don’t back down. That’s what makes the difference between winning and losing.

So, what do you do when the going gets tough? Take a break and watch a movie. Not any movie, but the ones we’ve selected below for you, the aspiring entrepreneur.

With that in mind, here are 10 movies to inspire the entrepreneur in you: IMDb: 7.7/10
The movie became a blockbuster when it was released in 2010. The movie became go-to for everyone who wanted to see how Facebook founder Mark Zuckerberg transformed from a Harvard student to launching the most popular social-media platform in the world.

Reason to watch: If you overlook the dramatization (it’s a movie after all), the film offers tips to viewers and a better understanding of how to make a go with a startup by exhibiting such qualities as being flexible and resilient, which every entrepreneur should possess to become successful. It is recommended for any aspiring entrepreneur.

IMDb: 7.8/10
The movie explores highlights the cutthroat business of real estate in Chicago. Based on David Mamet’s Pulitzer Prize-winning play, Glengarry Glen Ross takes the audience through the lies and betrayals around everyone involved in it to just stay and succeed in the business.

Reason to watch: Unfortunately, the business world can be brutal, ask any salesperson. This 1992 film shows you just how vicious it can be.

IMDb: 7.3/10
Released in 1999 this movie covers the early days of the country’s leading technology hub and the eventual rise of both Bill Gates and the late Steve Jobs. The movie takes a documentary-style approach on the lives of the founders of the two tech greats.

Reason to watch: These two tech icons are the inspiration for veteran and new entrepreneurs. Watch the movie you’ll definitely walk away with a lot of pointers to learn from. IMDb: 8.4/10
An Orson Welles’ 1941 masterpiece, the film follows the life of a fictional newspaper tycoon, Charles Foster Kane, casually based on William Randolph Hearst, looking for fortune and power. He opens his eyes to reality, in the end, to understand what’s really important in life.

Reason to watch: For every entrepreneur launching a successful business is their utmost goal. But shouldn’t be the only one. IMDb: 7.4/10
“Greed is good,” says Michael Douglas, who portrays Gordon Gekko, in the 1987 movie directed by Oliver Stone. That line made Gordon Gekko one of the most infamous characters in cinema history. Bud Fox, played by Charlie Sheen, takes some illegal and unethical paths to becoming as rich as Gekko, who is basically a corporate raider.

Reason to watch: Money isn’t everything. It isn’t just about being rich and famous. IMDb: 8.2/10
This 2013 movie is based on the true story of Jordan Belfort, a Long Island penny stockbroker who served almost two years in prison for taking investors for a ride in a substantial 1990s securities con that involved widespread corruption on Wall Street and in the corporate banking world, including shoe designer Steve Madden.

Reason to watch: Every self-respecting entrepreneur must watch this movie if they want to stay clean and corruption-free. You can have it all, but if you become corrupt you can lose it too not to mention coming into the grasp of the long hands of the law. You don’t want that. IMDb: 7/10
This movie has some great salesman tips to inspire any entrepreneur. Probably inspired by Wall Street, this movie will help you find that inner business spirit.

Reason to watch: This movie is a must-see to get your entrepreneurial self-going. Also, it’ll help you stay true to your spirit and not become morally corrupt. IMDb: 8/10
This 2006 film is based on a true story. Will Smith plays Chris Gardner, who along with his son, aspires for a dream they want to live. The movie, while quite emotional, is also motivational for entrepreneurs, old and new alike. It’s sure to move you.

Reason to watch: Chris goes through a lot of hardship to provide for his son. He becomes homeless but never gives up on his dream. The traits of a successful entrepreneur are the willingness to sacrifice and the hunger to fulfill their dreams, no matter what. And that’s what is displayed in the movie. IMDb: 7.3/10
What happens when you have it all and you lose it? That’s what happens to the central character, Jerry Maguire, played by Tom Cruise. He had everything – a great career, lots of friends and a beautiful fiance – until he comes to the realization that more than the money sports agents should take care of their clients. Having lost everything, Jerry goes on a quest to regain his lost fortune and life.

Reason to watch: Follow your dreams and you can achieve whatever you want both professionally and personally. That’s the lesson Jerry Maguire eventually learns in the movie. Reason to watch: Another trait of an entrepreneur is they don’t like working for someone else. They are decision makers and don’t want others making it for them.

Have we missed any? Do let us know in the comments below.