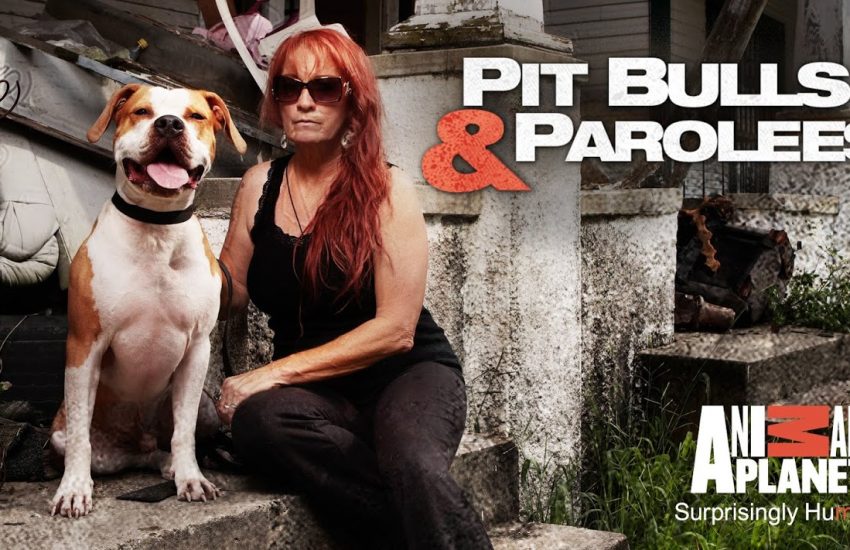 If you’re crazy about dogs you obviously watch all shows about canines. There are some great dog shows out there. And the good news is not only can you watch them on the Internet, you can get them right on your TV!

Whether you’re into animal rescue, veterinary medicine, wildlife or just love watching cute dog antics, there’s a show for everyone. Here’s a list of the best canine shows and series on cable TV today. Show: Pit Bulls and Parolees (Saturdays, 10/9c, Animal Planet)
IMDb:  8.1/10
Theme: Tia Maria Torres runs a pit bull rescue center in New Orleans with her family with the help of her parolee volunteers.
Why the show’s so good: The show showcases heartbreaking and often dangerous rescues to happy endings. The show is about former convicts who’ve turned their lives around with the help of Tia to help these helpless canines, and the unconditional love from the dogs they save. Watch this and try not to cry. Show: Too Cute! (Check local listings, Animal Planet)
IMDb: 8.5/10
Theme: This program is about kittens and puppies from the moment they’re born to their first steps and to getting adopted into their new homes. There’s also a bonus. Veteran actor Henry Strozier won his first-ever Emmy nomination for his warm and delightful narration in the series.
Why the show’s so good: The title says it all! Show: Cesar 911  (Check local listings, Nat Geo Wild)
IMDb: 8.3/10
Theme: “Dog Whisperer” Cesar Millan specializes in canines that are causing problems in their neighborhoods. Not only that, he also works with dogs in local shelters that have adoption issues because of being treated badly by their owners turning them into vicious pets saving them from being put down in all probability.
Why the show’s so good: Cesar turns timid pet owners into pack leaders! Show: Lucky Dog (Saturdays, 7 a.m. on CBS)
IMDb: 8.4/10
Theme: Brandon McMillan rescues out-of-control, untrained and unadoptable canines from the local shelter. He then trains them into perfect pooches that everyone can love and would want to adopt. In the end, he finds families who might want to adopt the rehabilitated dogs.
Why the show’s so good: The show offers some great tips on how to keep your own pet. Watching Brandon rescue animals that would probably end up put down otherwise is heartwarming. And the dogs aren’t the only ones that benefit from those tips. Many of the families who take in the pups often feel like they’re the ones being rescued. Show: Downward Dog (Check local listings)
IMDb: –
Theme: The show’s about a lonely dog going through and finding out about the complexity of 21st Century relationships.
Why the show’s so good: The title says it all! Show: The Dog Rescuers (Check local listings)
IMDb: 7.3/10
Theme: The new series looks at the work of RSPCA officers as they help neglected pets and those in need. In this episode, they rescue a Rottweiler that becomes stranded on the mudflats of the river Dee in Merseyside. In a lighter vein, an over-frisky spaniel is sent to a dog specialist to see if they can rehabilitate him.
Why the show’s so good: The team rescues dogs in trouble resuscitating them if and when needed and nursing them back to life.

For more information on these channels or to get the best deals on AT&T and DIRECTV bundles in your area please call 1-855-649-5088.