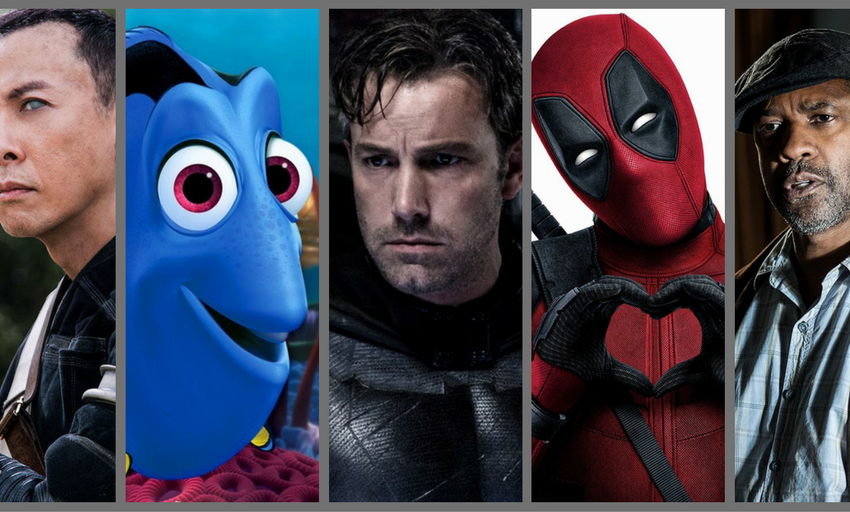 2016 might not have been the best year in most aspects, but it was a stellar year for movies and television. We cinephiles feel quite spoiled with the lineup of great movies delivered the past year. Amazing characters also graced the screen; we list our top fifteen movie characters and their most memorable lines.

Here is our(completely subjective) list, in no particular order. One of the best movies of 2016, Moonlight is full of emotion, melancholy and most of all hope. It tells the story of a homosexual African-American boy, Chiron, and his struggle to fit in. But it’s so much more than a simple “issue” movie. The director, Barry Jenkins, has managed to portray themes of race, isolation, and sexuality with remarkable sensitivity. Alien invasion, looming threat of global war, and a seemingly unsolvable mystery, this movie has it all. Amy Adams takes on the challenging role of  Dr. Louise Banks, an expert linguist who races against time to find answers to questions that humanity barely understands. Filled with tension, thrills, Arrival has impeccable pacing. Many of the scenes rely on dialogue to capture the viewer’s attention. Reminiscent of classic buddy comedies of the 70s, this is a glimpse into the past with a wonderful fresh twist. Enjoy the funny lines as you dive into sophisticated escapism of The Nice Guys. Set in a world where single people have 45 days to find true love or be turned into an animal of their choice and live out their life in the woods. An intriguing concept and a highly original story that doesn’t disappoint. Colin Farrell plays David, the protagonist who has been dumped by his wife. The beloved blue tang fish from Finding Nemo returned to the big screen to the delight of both young and old fans. An origin story and prequel of sorts, Finding Dory, has all the heart and spirit of its original Nemo story. Ellen DeGeneres’ performance won’t disappoint fans and neither will the story. Rogue One is a Star Wars prequel, the events of the movie start about six years after the Galactic Empire was formed. The character of a blind warrior, Chirrut Îmwe, makes its first appearance and is instrumental to the plot. Chirrut Îmwe is a human and doesn’t have Force abilities, but strongly believes in the Jedi way. Deadpool is the 8th installment of the X-Men series. It’s the highest-grossing R-rated movie off all time. On the surface, it seems like a typical superhero movie, but it seems to break with the traditions of the genre and the fourth wall along with it. The dialogue is hilarious and executed perfectly by Ryan Reynolds. If you want to watch classic western havoc done right, catch this amazing movie. Two Texan brothers, Toby and Tanner commit a string of robberies against a bank that is threatening to take away their land. The brothers seem to be evading justice until Marcus, a Texas Ranger, starts pursuing them. Fences is a stunning movie full of amazing characters that are based on a Pulitzer Prize-winning play by August Wilson. Set in Pittsburgh during the 1950s, it tells the story of Troy Maxson, a garbage collector, and a former baseball star. The movie also stars Viola Davis who, along with Washington, received a Tony award for her performance in Fences. A musical set in modern day Los Angeles, this movie is a breath of fresh air for anyone tired of the formulaic films churned out by Hollywood. The story centers on a jazz musician, Sebastian (played by Ryan Gosling), and an aspiring actress, Mia (played by Emma Stone). It’s a stunningly original musical full of high hope and incredible spirit. Two of the biggest DC Comics superheroes go head to head in this action movie. This movie promised a lot but delivered little. Whatever your opinion, it still had some amazing lines.

12. Newt Scamander—Fantastic Beasts and Where to Find Them Relive the magic of the Harry Potter universe with this fantastic (no pun intended!) spin-off. The Muggle world first heard about Newt Scamander when Rowling introduced him as the author of the book Harry and his friends read in Harry Potter and the Philosopher’s Stone. The movie manages to make its place in the hearts of Potterheads with a dazzling magical storyline. A chapter of history that remained obscured for too long, Hidden Figures, tells the story of a group of African-American women working at NASA. The movie tells the true story of Katherine G. Johnson (Taraji Henson), Mary Jackson (Janelle Monáe), and Dorothy Vaughan (Octavia Spencer). Watch this inspiring story as the trio manages to break all gender and race stereotypes. Most people would say Hidden Figures is as Oscar bait-y as a movie could get, however, we still think it’s awesome. A Monster Calls is a story of a young boy trying to some to terms with the fact that his mother is dying. Lewis MacDougall delivers a stunning performance in his first starring role. Liam Neeson takes on the role of the monster referred to in the title. The following line is memorable, shocking, and emotional. Watch the whole movie to get the whole effect. Silence is the result of the amazing Martin Scorsese’s long quest to produce something unique, powerful and very Scorsese-sque. Silence is based on the critically acclaimed novel, of the same name, authored by Shusaku Endo. It is a story of two Christian missionaries, played by Andrew Garfield and Adam Driver. They travel to Japan, a place where Christianity was outlawed, in the quest to find their mentor, Ferreira.

It was quite tough a tough task to choose the best movies of the year, let alone, the best characters and their memorable lines. Here’s hoping 2017 will be just as great!

Check out what 2017 has in store for female country musicians!

Liked the quotes or think we missed some great lines? Tell us in the comments below!