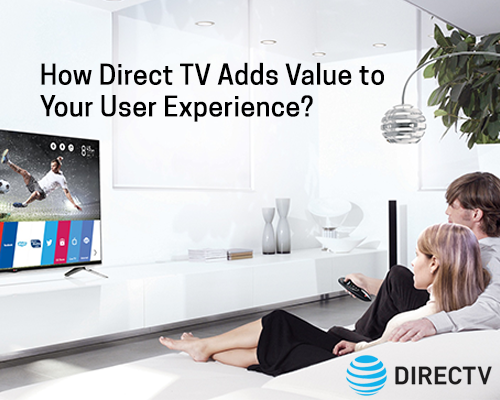 Satellite Television Service from Direct TV offers more than just a television service. It gets you in the race of a technology revolution. This shift in communication has been going on since the early 90s. The purpose of this revolution was to provide people in the United States with a high-quality television programming with high-quality picture and sound integrated into a digital television signal.

Digital TV is bundled up with offers and bundles having larger programming packages like the economy package with around 40 channels.  This includes local network channels like CBS, ABC, FOX, etc. Likewise, there are many other channels that are provided other than the mainstream channels. Other channels also include channels for kids, entertainment, family channels, and religion. Direct TV delivers more than its competitors, for example, its Total Choice Package which is quite impressive for an entry-level package where it’s providing more than 140 channels making it a better choice than any other services available.

An additional 30 channels can be added to an upgraded Total Choice Plus package and another sixty-five on Total Choice Premier making it the largest standard definition programming package that’s ever offered. All packages are coupled with local channels that provide CD quality music with a vast range of genre in the form of XM satellite radio channels. Apart from that, Direct TV also provides a wide range of additional channels that can further be used to customize its programming packages to meet your needs. Channels also languages other than English. A selection of seven adult channels is also available as HD channels. Digital TV spearheads the industry when it comes to HDTV. HDTV is a unique television format which is quite different from the mainstream formats we use. It comes with a higher resolution and a more detailed picture and 16:9 aspect ratio, making the screen wider than a standard definition television. Currently, there are more than 15 HD channels that are offered to choose from.

Direct TV also provides satellite receivers with built-in Digital Video Recorders which are also known as DVRs. DVRs enable users to time shift programming so that one can watch their shows when it’s convenient for them. So never miss your favorite shows when you’re at work or on a schedule.  DVRs are much more user-friendly and tend to record your shows on high-capacity hard drives. They are easy to program with special software that helps you to deal with inconveniences you might face while recording on other mediums. DVRs also add up a convenience of allowing you to pause and replay scenes while watching TV live which can be a benefit for you in an environment with a lot of distraction.