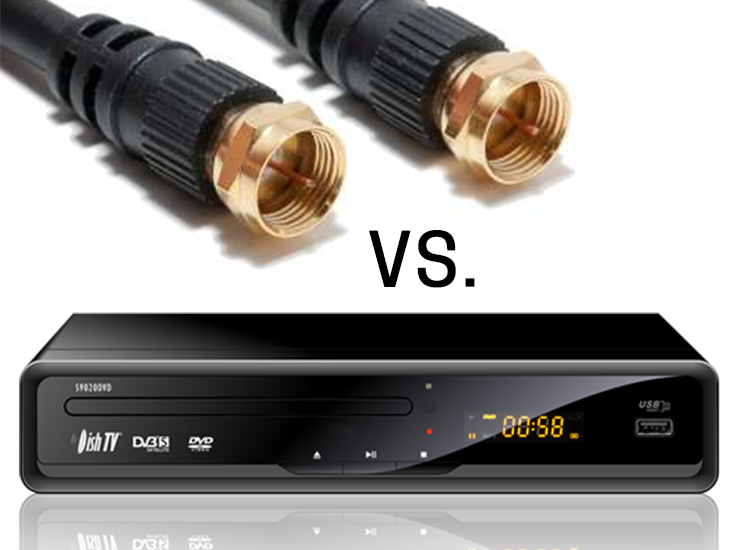 As technology advances, the distinction between cable television and satellite TV services tend to be confusing, but there are some key differences that would make it easier for you to decide in terms of which service is a better choice that’s right for you. This article would greatly help, if you plan to subscribe to either of these services or switch from one to the other.

Deciding between cable TV and satellite TV service can be really difficult and cause a dilemma, particularly when you have no clue whatsoever regarding how these types of services vary from each other.

Let’s look at the following situations:
Situation # 1 – You are not satisfied with the service of your cable service provider, which is why you are searching for an alternative to the same cable service but with a different provider.
Situation # 2 – You are having a hard time in deciding which of the two – satellite TV or cable TV, is going to be perfect for you.

Regardless of which of these two above mentioned situations you end up in, the solution is based on evaluating both of the services head on to choose which type of service would work best for you.
In simple terms, cable television service is accessed through fiber optic cables or coaxial cables, on the other hand satellite TV service is accessed via a satellite dish and a set top box.

Cable television, which is also commonly known as cable TV, was launched in the US in 1948, and since then it became one of the most popular ways to consume TV and enabled more than half of the American families and commercial organizations to benefit from this service as of today. When we talk about cable TV services in the United States, companies like Comcast, Time Warner Cable, Cox Communications and Charter Communications, don’t require any type of introduction – with each of these companies having more than a million subscribers to prove their worth.

Across the nation, satellite TV serves as a direct competition to the cable TV services. The most popular satellite television service providers in the US are DirecTV and Dish Network, both having an enormous market share when it comes to customer base. Direct TV has a client base of approximately 19.2 million, whereas Dish Network has about 14.3 million customers using its satellite TV services. Another important thing to note here is that recent trends suggest that these satellite television service providers are becoming prominent by the day.

If we talk about the equipment which is required for both of these services, cable TV service can be accessed through a single receiver device whereas satellite TV will require a satellite dish and a set top box. In both cases however, the equipment is set up by the service provider, and therefore you no longer need to worry about how is this service is going to be installed – except if you have multiple television sets at your house. In case you do, you will need one satellite TV receiver per television set and that might increase your overall charges. However there are some satellite TV providers that provide discounts on the second or subsequent connections in order to provide better deals and customer service for their users.

Considering the matter of reception, cable TV gives both analog and digital signal. Many of the satellite TV service providers, on the contrary, provide 100 % digital TV networks, and therefore have an edge over cable television.

As far as the number of channels is concerned, both the services offer almost the same number of channels. The only difference in channels could be that Cable TV gives access to a variety of local TV channels which you may not get if you go for satellite TV. In the same way, satellite TV has much more to offer when it comes to international programs as opposed to the cable service. Additionally, satellite TV has more HDTV channels to offer, as compared to cable TV providers.

In terms of price, satellite TV deals, start at a lower price and go up according on the packages you choose. Overall satellite TV deals are a lot better than those offered by cable TV providers. Cable subscription charges normally vary from one service provider to another. With so many service providers in your area, it can be a bit tricky to come to a specific conclusion in this context.

Keeping all these points in mind, the decision of which service to opt for is entirely yours to make, as these were some important factors in the digital cable and satellite TV comparison which you should not ignore before you subscribe to any of the two services.