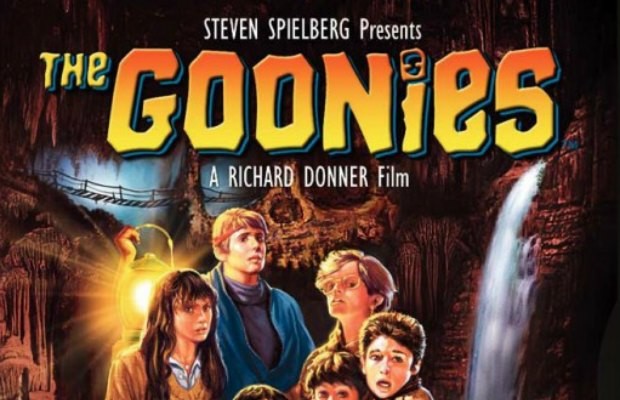 There has been a lot of rumors and hype spinning around online lately about the reality of a Goonies sequel coming to light. Really, talk of such an affair has been circulating for decades at this point, but never with such enthusiasm and certainty of hope until now. Get ready all of you youth of the 1980’s, your childhood dream may in fact be coming true.

The director of the smash hit, children’s adventure cult classic The Goonies, Richard Donner, has actually confirmed with TMZ that the film will be witnessing a new addition. Putting it plainly, Donner said openly, “We are doing a sequel.” Of course, after such a confirming statement he was obviously consecutively questioned as to if the whole original Goonies gang will come back for a second round. So, Mr. Donner, how many of the original cast members will be present in The Goonies 2? “Hopefully all of them,” he stated. Not a very detailed response to say the least, but it seems that it will have to do for now. But, if and when it is established that the original actors will come through for the sequel, this means a reuniting of some very interesting actors whose careers have taken quite a variety of paths since 1985, including Josh Brolin, Jeff Cohen, Sean Astin and, of course, Corey Feldman. Feldman, currently a ska band front-man and occasional reality TV star, for one, has been a long-time proponent for a Goonies reunion film. Astin and Brolin still obviously maintain very healthy film-based careers, while Cohen, the infamous Chunk, is now an entertainment lawyer.

The year 2010 witnessed Brolin admitting to Extra TV that a Goonies 2 script was possibly in the pipeline but without any notable plans for production in the very near future stating, “People keep asking me over and over about a sequel. I saw Steven Spielberg [the film’s producer] on the street about a month and a half ago, and I asked the reality. I hear there is a script, yes, but there’s no talk about doing a Goonies sequel at this very moment. And that’s the first time I’ve been truthful about that answer… ever.”

Ok, fair enough. But those of you who have no idea what the big deal is concerning this crazy Goonies situation, it’s likely due to more than just a few generation gaps, so it wouldn’t hurt to brush-up on the overall plot-line: This comedy/adventure cult classic from 1985 witnesses a motley crew of Oregon-based pre-teen boys embarking on a weird, wild escapade in search of pirate treasure after losing their homes to an oncoming country club complex. Produced by Steven Spielberg and written for the screen by Chris Columbus, The Goonies ultimately launched the acting careers of both Corey Feldman and Josh Brolin. It hasn’t been set in stone as to if Spielberg or Columbus will be involved with the sequel. Concerning 83 year old director Richard Donner, who has also directed such films as Superman and the Lethal Weapon series, the public has not witnessed a new film from him since 16 Blocks which came out in 2006. So, there could be a lot at stake here, but ultimately most fans seem to think it’s worth a shot. Only time will tell.