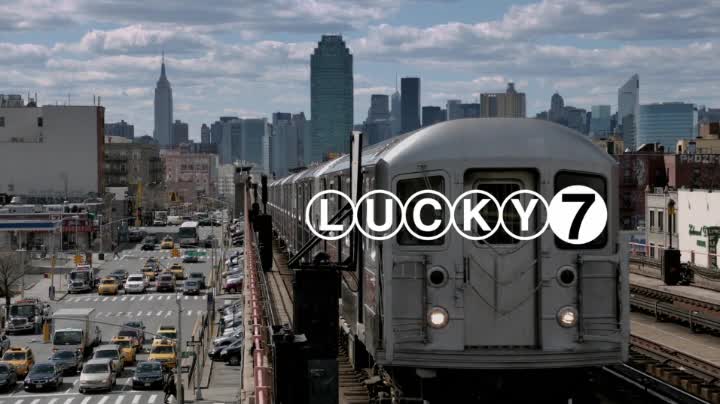 Lucky 7 faced the dreaded TV guillotine after only two episodes making it’s head the first to roll this fall. This blow for the ABC drama came only twelve days into this year’s broadcasting season, and if you need a gauge as to how fast that really is then consider the fact that television networks usually need to wait around three full weeks before they can gain a mere seven days of viewer information from the Nielsen ratings. That’s three weeks to simply uncover how many folks consistently tuned-in for a show over the course of seven days. Apparently Nielsen didn’t need to wait so long to calculate this little doozy…

Just in case you didn’t catch Lucky 7 in it’s brief and not so shiny moments on air, here’s a quick plot pick-me-up:

The show is a British adaptation that follows seven down in the dumps New York residents who hit the lotto jackpot and split a $45 million win. Viewers get a ‘fly on the wall’ perspective on all the zany ups and downs that then ensue.

When those inevitable thoughts of “I could care less about rich people’s hardships” begin to creep in, you’ll quickly realize why ABC never had much faith in the would-be series. The network didn’t even invest in marketing art for this shortly televised dud.

In seeing the following data for yourself, however, you might be confused as to how this could possibly be. But then your eyes are opened to the massive power of attraction that television shows have over the minds and hearts of millions upon millions of people just within the United States. TV show Lucky 7 had what would seem a solid premiere with 4.4 millions viewers but slunk into a pathetic 1.3 million adults (18-49) rating as of the previous week. This crowns the show with the stinky brown crown of being ABC’s lowest rated drama premiere in recent history. During the show’s second episode the world of TV ratings took out their white handkerchiefs and waved goodbye as the adult demo rating took it’s final tumble over the cliff to a poor old 0.7 ranking. In order to fill-in the now open 10pm slot, the network will air reruns of Scandal.

Now the next natural question is – which show is next on the endangered species list? Is it Fox’s Dads, or perhaps CBS’s We Are Men, ABC’s Trophy Wife, or NBC’s Ironside and Welcome to the Family. Dads sadly sits as one of the most disliked shows of the fall in spite of it’s decent premiere week, but ABC shoe Betrayal’s ratings are barely better than Lucky 7‘s. Time will prove all things.