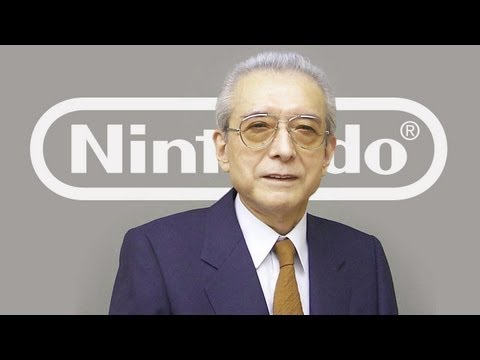 Only two weeks ago did the former president of Nintendo, Hiroshi Yamauchi, pass away due to pneumonia at the age of 85. Yamauchi was responsible for building the company into a video game empire, taking Nintendo to heights his grandfather, Fusajiro Yamauchi who founded the business in 1889, would have never imagined. Taking over from 1949 to 2002 as the third generation commander of this family-based company which saw its start in Kyoto, Japan, Yamauchi reposed while still acting as an executive adviser to the gaming powerhouse.

The Nintendo originally designed, marketed and sold a traditional Japanese card game known as hanafuda, but after Yamauchi’s takeover of the company saw itself slowly blossom into the then-infant gaming world which it quickly consumed due to Yamauchi’s sleepless determination and intuitive mind. He began to officially set the standards for what would later pave the way for the entire gaming universe as it is known today. His influence is impossible to ignore. Not only did he develop specialized and inventive gaming consoles but he also gave birth to iconic gaming characters like the Mario Brothers, Donkey Kong and Link from Zelda just to name a few.

Granted his undaunted directorship abilities, Nintendo eventually ushered in the Famicom home game console and the highly attractive, innovative and much beloved Game Boy handheld player the likes of which the world had not yet seen. While Sony Corp’s PlayStation and Microsoft Corp’s Xbox are King Kong-sized gaming titans in their own right, Nintendo still holds the gaming market in a firm stranglehold with such products as the Wii. And where would the still youthful PlayStation and Xbox be without their gaming grandpa? Again, Yamauchi’s impact cannot be denied and he left while still on the top of his game.

As quoted from NBC News, “Yamauchi was listed by Forbes magazine as Japan’s richest man just five years ago, when Nintendo was flying high with the launch of the Wii with its motion-sensing controller, although the company’s fortunes have since faded as smartphones displace consoles among gamers. His net worth at that time was estimated at $7.8 billion.

He was ranked 13th on the latest Forbes Japan list released this year, with an estimated net worth of $2.1 billion.”