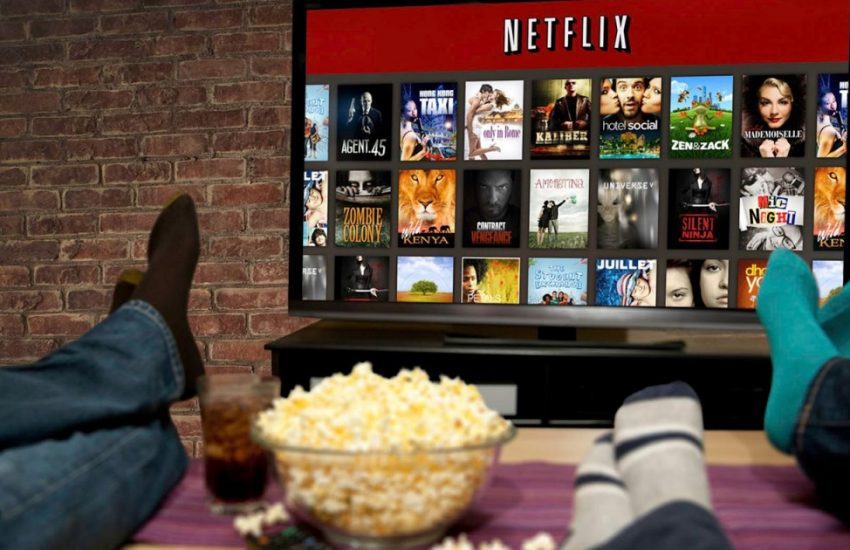 Students in Ireland and the United Kingdom basically just hit the jackpot. In an ever-adapting effort to expand their digital entertainment empire, media giant Netflix recently announced that it will offer the young, blossoming minds of these two countries a chance at snagging a year’s worth of free movie and TV show streaming as part of a nifty and nuanced Student Ambassador program.

The ever so savvy folks at Netflix smartly made the announcement via Facebook and Twitter after thoughtfully concluding that placing advertisement slips in textbooks just wouldn’t pan out. Knowing their target demographic, they made certain that the message would spread like wildfire. Because really, students these days are likely picking apart the plot-lines to streamed films and addictive television shows like Breaking Bad and The Walking Dead rather than mulling over whatever Shakespeare had to drivel on about… The kicker? Apparently, all students have to do is discuss their favorite shows through social media outlets with their friends and family. Tough work, indeed. The founding essence of academia can once again live on in its truest ideal form.

Students are asked to disseminate questions and conversations concerning their much beloved shows for a full seven weeks in order to encourage and further amplify Netflix-centered social media discussion. Netflix will provide finely tuned, specific hashtags for students to use when Tweeting in order to help their scholastic ambassadors create questions. Critical thinking skills are evidently not a prerequisite for the outreach position.

Netflix states in their ‘Student Ambassador’ rubric that they are looking for students “who know their Battlestar from their Breaking Bad, are dedicated Twitter users and are sociable and active in university life.” They’re basically looking for those special, dynamic someones who live a life in between external social butterfly and dark dorm-room-dweller. Along with the free Netflix subscription, the lucky boy or girl that propagates the most interactivity and discussion by the end of December will also receive a free gaming console, an unspecified smart TV and a brand new tablet.

How about them apples?