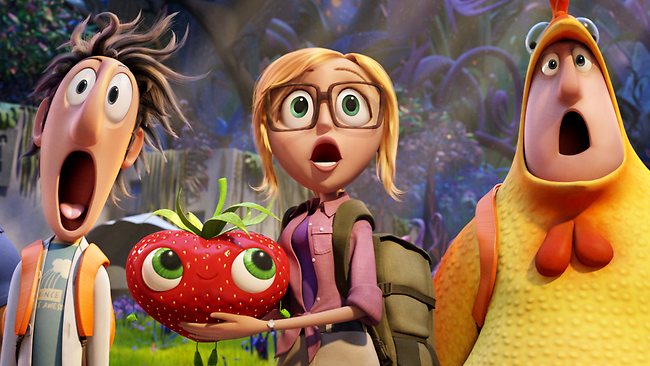 The newly released Cloudy With a Chance of Meatballs 2 was eaten alive at the box office this weekend in the best way possible. Grossing a whopping total of $35 million, the film lands fourth in line for the most popular September opening in history. Cloudy 2 closely trailed behind Hotel Transylvania which was released in 2012 and pulled-in $42.5 million. Receiving a not-too-shabby “A-” rating from CinemaScore®, the palette-pleasing sequel offers a savory second helping four years after the first Cloudy debut which grossed $30.3 million and continues to stack up $245.8 million worldwide.

Now that we’ve whet your appetite for animated delights, you’re likely hankering to have a sampling of the top three animated films of all time. Let’s feed that craving with the ever-so critically acclaimed, not to mention highly critical, standards of the American Film Institute (AFI). Thankfully, these three iconic movies continue to air on television from time to time, making any given night an opportune family affair.

1. Snow White and the Seven Dwarfs

Apparently Snow White truly is the fairest of all. With a current total of $184,925,485, the 1937 release of Snow White and the Seven Dwarfs introduced a level of classic storytelling and cinematography that still warms the hearts and illuminates the imagination of minds young and old to this day. Snow White is a household name, and kids can still rattle of the names of the fuzzy-faced dwarfs just as easily as Santa’s reindeer.

Nobody builds real boys made out of wood better than good ol’ Geppetto, and apparently no one produced more quintessential animated films than the legendary Walt Disney Production Company which dominates the top this three list. Debuting in 1940, Pinocchio was Disney’s second full-length feature following Snow White and is still shining as pretty as a wishing-star on a stack of $84,300,000. And really, who’s never heard of Jiminy Cricket?

This cinematic gem has kept entire families twitterpated since 1942. Pre-production for the movie began in 1936 with the intention of being Walt Disney’s official second full-length animated film after Snow White, but due to Disney’s quest for perfection in animated realism the project was put on hold until the release of Pinocchio and a handful of other Disney classics such as Fantasia and Dumbo. The film currently boasts a gross total of $102,797,150. This thumper of a film is a true heart-warmer. Just make sure your kids are ready for the emotional floodgate at the beginning…