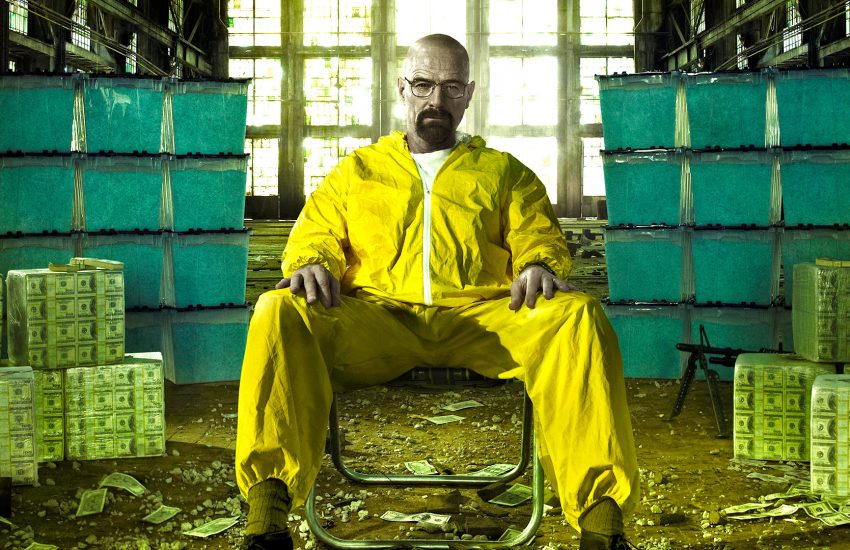 The highly addictive AMC television series Breaking Bad finally came to an epic end on Sunday night, September 29th after five full years of critically acclaimed entertainment. Touted as one of the absolute best shows to ever air on national television, the series was an Emmy Award winner this year for Best Drama. As stated in the official demographics from TheWrap, the airing of the final episode was even able to spawn well over 5.5 million Facebook interactions within a pool of upwards of 3 million Facebook users.

For half a decade this unique series detailing the devious doings of a high school chemistry teacher from New Mexico turned meth lord has been enslaving TV viewers on a nearly unmatched scale. Needless to say, this show has had quite a few folks talking. Critical acclaim only snowballed as the seasons surged on, but the franchise reached its highest climax during the stormy finale. As one would expect, reviews and ratings went through the roof more than doubling from previous years. And with fans now facing the reality of being cut off from the source they’re seeking to shake off the convulsions of withdrawal by chatting it up on none other than the most addictive social media platform around – Facebook. Interestingly enough, from a pool of 11 million users, the sticky substance of the final half of Breaking Bad’s fifth season alone accrued upwards of 23 million Facebook interactions.

Breaking Bad‘s knee-twitching finale battered its own previous records and widened the eyes of more than 10.3 million television viewers. That’s quite a jump from the one million viewers following the first season in 2008. 6.6 million BB junkies even clicked over from the 2013 Emmy Awards just to keep tabs on their number one dramatic drug dealers. And while the curtain has finally drawn, fans can still binge on Breaking Bad to their heart’s content thanks to digital video streaming monoliths like Netflix. That ought to be enough to keep you hooked for a while.